The Universities at Shady Grove (USG) honored the memory of one of its founders and most ardent supporters, the late Clifford Kendall, by rededicating a campus building that was previously named for his wife, Camille, now as the Clifford and Camille Kendall Academic Center.

Cliff Kendall’s passing in March 2018 left a significant void in the USG community, as his personal contribution of time, energy and financial resources made a positive impact on thousands of students since USG was founded nearly 20 years ago.

“Cliff was an extraordinary friend and a true advocate for USG,” said Dr. Stewart Edelstein, Associate Vice Chancellor for Academic Affairs for the University System of Maryland and the Executive Director of USG. “We wanted to find an appropriate way to pay tribute to his legacy and to ensure that his commitment to the success of the institution and our students will never be forgotten.”

USG unveiled new signage on the building and a commemorative plaque in a special ceremony that featured dozens of members of the Kendall family, community, campus and university leaders; including former University System of Maryland Chancellor William E. “Brit” Kirwan and U.S. Congressman David Trone; and USG students and alumni who have benefited from Kendall Scholarships. Those in attendance from the Kendall family included Cliff’s wife, Camille, and her four sons, who have continued to build on their parents’ generous support of USG and its students, as evidenced by an additional major donation that they announced at the rededication event.

As one of the founders of USG and former chair of the University System of Maryland Board of Regents, Cliff Kendall believed firmly in making higher education accessible and affordable. The Camille and Clifford Kendall Endowed Scholarship, covering full tuition and fees for its recipients, targets students who demonstrate financial need, great potential for success, and a spirit of community service.

Cliff and Camille launched and pioneered the first “2+2”scholarship program for students starting their higher education at Montgomery College and continuing on to complete their bachelor’s degree at USG.  In 2013, the Kendalls also established the Clifford M. and Camille E. Kendall Scholarship for University of Maryland, College Park students at USG. Since 2007, hundreds of students have received full scholarships to enable them to complete degrees from the nine public universities within the University System of Maryland that offer academic programs at the USG campus.

Cliff Kendall founded Computer Data Systems, Inc. in 1968, and has been called a founding father of the Washington area’s I-270 high-tech corridor. He served on the University System of Maryland Board of Regents for 10 years, including eight as chair. He also served on the USG Board of Advisors until the time of his passing. A graduate of the University of Maryland, College Park, and George Washington University, Kendall was also the founder and past chairman of the Montgomery County Community Foundation. 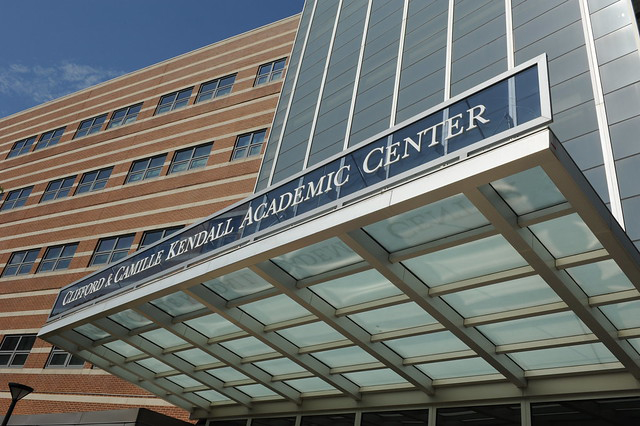