WELCOME TO THE
CULTURE OF CARE NETWORK 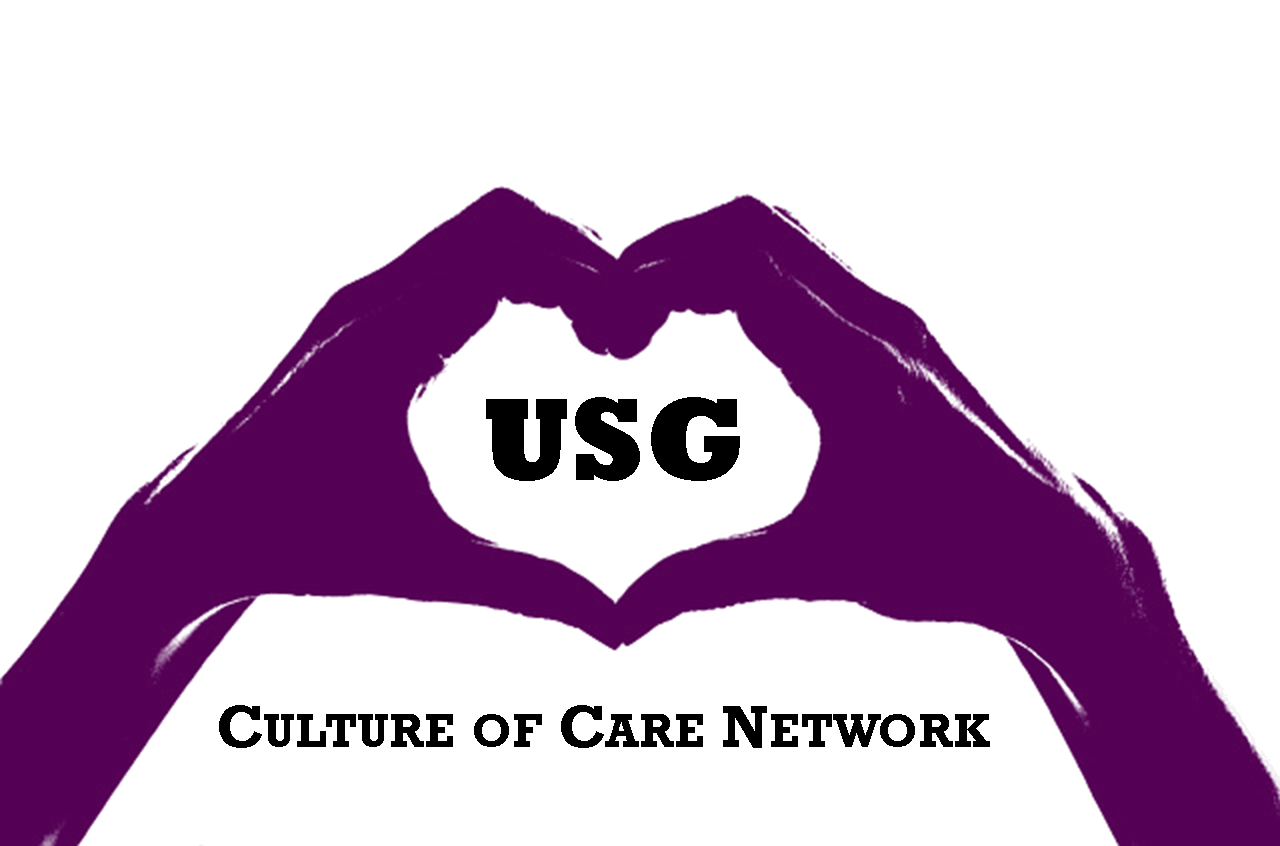 The goal of the Culture of Care Network (CCN) is the establishment of a campus environment in which each member, whether student, faculty, or staff, is concerned about and looks out for the welfare of each other member.

The Culture of Care Network (CCN) seeks to create a campus community that actively fosters and supports inclusiveness and empathy, advocates for the wellbeing and welfare of each other, and affirms and celebrates the human connection between all individuals.  Through behavioral change, bystander intervention, outreach, and awareness, the CCN promotes cultural empathy, physical wellbeing, mental health awareness, empowerment, compassion, and respect.

The Culture of Care Network is organized at several levels.

The Large Group is the entire active membership of the Network, which meets 1-2 times per semester to review CCN efforts, discuss logistical issues,  and determine future direction for the Network as a whole.  The Large Group involves members of the USG staff, staff and faculty from the partner campuses, and students currently taking classes at USG.

The CCN Project Groups are where the primary work of the Network takes place. The Project Groups engage in various activities to benefit the USG campus, including creating and offering presentations/workshops, engaging students in self-care, promoting a sense of wellness and mental health on the campus, and increasing respect and tolerance for all members of the USGcommunity.  In addition to the the Project Groups, there exists a Coordinating Group consisting of six permanent members and the current Project Group leaders.  The purpose of the Coordinating Group is to ensure all CCN members are aware of the efforts of the rest of the Network and to coordinate activities to ensure optimal timing and minimize overlap of efforts.

The final level of the CCN is the USG campus as a whole.  While the CCN was started by an interested group of campus members, a major goal of the group is to join and collaborate with other individuals, offices, groups, and organizations at USG to promote the CCN's mission.  The decision to name ourselves a Network, rather than a committee or taskforce, or other exclusive group, was intentional, and to specifically indicate the idea of a non-hierarchical, somewhat loosely structured, living entity whose ideas will hopefully spread and take hold throughout the campus.  All campus members and organizations are welcome to formally or informally join (or join with) the Culture of Care Network and help promote its fundamental message: USG Cares!