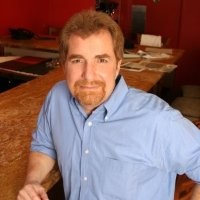 EDITOR AND PUBLISHER AT BETHESDA MAGAZINE

Steve has been in the magazine publishing business for nearly 30 years. Before starting Bethesda Magazine in 2004, he spent 14 years as a senior executive with Atlantic Media Company (formerly National Journal Group), which publishes The Atlantic and National Journal. Prior to that, Steve was an editor of several business-to-business magazines, a newspaper reporter and editor, and a press secretary in the U.S. House of Representatives. Steve is also co-owner of Arlington Magazine, which covers the Northern Virginia communities of Arlington, McLean, and Falls Church.

Steve serves on the Board of Directors of the Community Foundation for Montgomery County, Round House Theatre, and the Bethesda-Chevy Chase Chamber of Commerce; as well as the professional advisory board of the Journalism Department at the University of Connecticut, his alma mater. He has served as Vice-Chair on the Board of Advisors at USG from 2014 until 2019. He lives in Chevy Chase with his wife Susan Hull (the associate publisher of the magazine). They have four children.